Here we are at the beginning of June on the Jubilee weekend and we have yet again got the good old British weather with us for the United Spaniel Association�s Working Test. Despite the weather being so bad the turnout is good and the five Field Spaniels, five Clumber Spaniels, one Sussex Spaniel and 13 Welsh Springer Spaniels and their handlers were ready to go at 0930hrs. 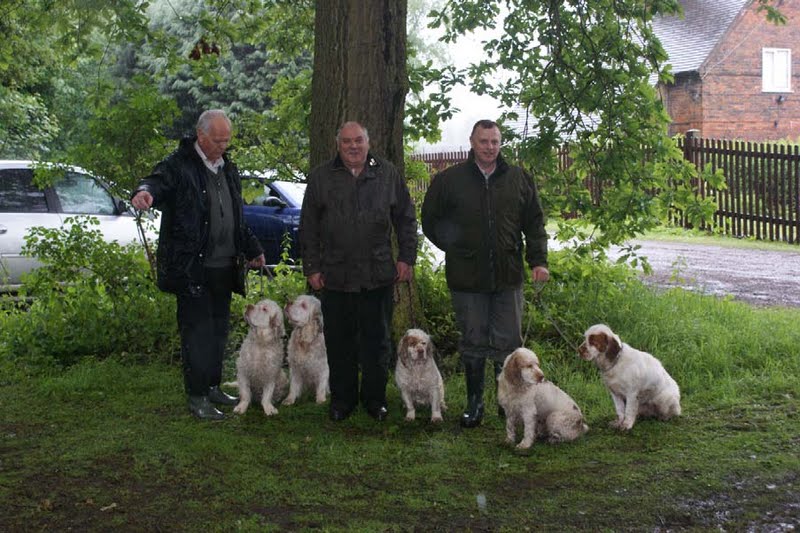 The two judges Ann Morgan and Gill Pearace-Gudger decided that as the weather was so bad we would run the Special Beginners, Puppy and the Novice Test as one run under the two judges without stopping and then break for lunch.
The ground that had been selected to run the tests over was a wooded area which was quite tightly planted with small pine and young birch trees along with cover made up of grass and low ferns.

The dogs and their handlers were finding the weather conditions difficult but the area we were working in was providing a good amount of cover from the downpour of rain. The first to go of the Clumbers was Mark with Abbyford Snow Queen in the Puppy Test. She had not been full of life as he waited for his turn to go, but Mark came back happy as she had run well. 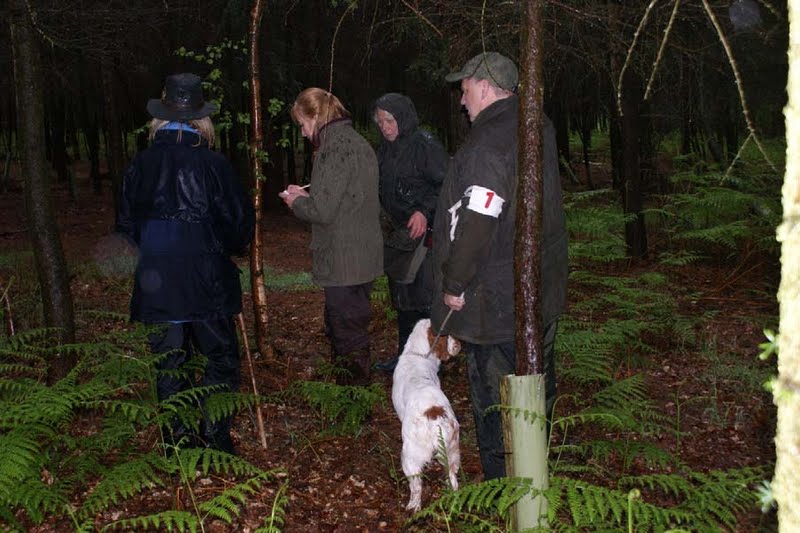 The next to go was myself with Sedgehurst Alma in the Novice Test. There was something about Brie this morning she had a sparkle in her eye. We started the novice test with a show of steadiness to the judges and then moved into the test. I have not seen Brie move so well in all my life as she did on this day and I moved back to the gallery very happy indeed having completed the test. Mark followed me in with Abbyford Snow Queen and came back happy that she had gone well.

After lunch we moved off once again in the pouring rain. The judges decided that they would run two dogs at once and we would do both our runs one after the other under each judge so that when we had done our two runs the dogs could be taken back to the cars as the weather was so bad. There were 15 dogs taking part in the Open, four Clumbers and nine Welsh Springer Spaniel & two Fields. The handlers found it was taking a long time to move up for their runs and were so glad when they were called forward. The first to go with the Clumbers was myself and John. We both had good runs and were happy with our dogs. Mark was the last to go with Tinglestone Sparkler who I think was glad to have a run having been in the car all morning. Mark came back happy with Frank and we moved back to the cars to get some dry coats on.

By 5 o�clock I think everyone had had enough of the weather and were glad when the final run had been completed. The judges spent some time coming up with the results and the awards were as follows.