Cloud is my first Clumber and this came about in a very spontaneous way  I went to get my Springer Spaniel bitch covered by a stud dog from Essex in May 2006 and while I was there I caught sight of a gorgeous Clumber spaniel Molly. I had seen some at the game fairs before but I thought this bitch was lovely and as luck would have it she was three weeks off whelping  Within three minutes I had booked a bitch puppy, if there was one available!

Well how lucky was I! She was named Cloud The name not only suited her appearance but she can be as dreamy and cuddly as a cloud. Well that’s only when she is clean and spending time in the house watching the television (one of Cloud’s hobbies)

I started going to a dog obedience club just to get her mixing with other dogs apart from my own and in no time at all she had passed her Bronze, Silver and Gold Kennel Club Good Citizens awards; during this time she also started her gundog training too.

As I would have liked to breed from her I had her eyes tested and her hips and elbows scored. Her eyes were Clear and her hip score is 5:4=9 and Elbows 0:0. Cloud’s COI is 20.8%.

She was slightly different to my previous Spaniels (Springers and Cockers) as she took great offence to being told No and to being corrected  however we gradually over came that problem and off we went for her first day out beating, a 150 bird day on partridge. All was going really well until I let her travel too far away from me and up popped a hare. I blew a stop but was not in any position to back it up and certainly not fast enough to catch her! So off she went for a half a mile gallop on the sight of a hare and I carried on with the drive! She was panting quite well when she returned but had plenty of chance to recover back on the lead. She has always been a very determined bitch and as the years go by she is becoming more biddable but harder and faster out working which is a pleasure to work with. In 2009 she had a litter by Abbyford Taw. The litter consisted of 5 bitches and 3 dogs  a nice even litter that she reared without any fuss or trouble; she kept all the puppies content and was very happy to be looking after them.  I kept two of that litter, one bitch and one dog. In 2010 she had another litter by Abbyford Taw as I was so pleased with the two that I had kept from the first litter  this time I kept one bitch.

Cloud returned to working on the beating line after having her pups and has now done over 300 days: never lame, sick, or sorry  not even one cut pad which in the area were my local shoots are, is amazing, because the sharp flints can be a real problem.

She lives out in kennels with her ‘best buddy’ Springer Spaniel, Bear and her daughter, Steel on a thick bed of white softwood shavings and is fed raw chicken, lamb or beef (depending on what the butcher has) with vegetables and occasional kibble.

In January 2011, Cloud passed her Working Gundog Certificate on ‘live’ game as I had an option of collecting the Certificate at Crufts; we tried our hand at showing in the BASC (Working Classes). Cloud was awarded 2nd in the Special Working Class and 2nd in the Sporting Spaniel Class (out of 21 other dogs of all different Spaniel breeds) I was so pleased with the way she showed and she seemed to be really enjoying herself in the ring. The icing on the cake that day was in the Regional Working Gundog Team  along with Jo Izard’s GSP Ellie and Karen da Rosa’s SWD Evita, we got awarded 1st Place 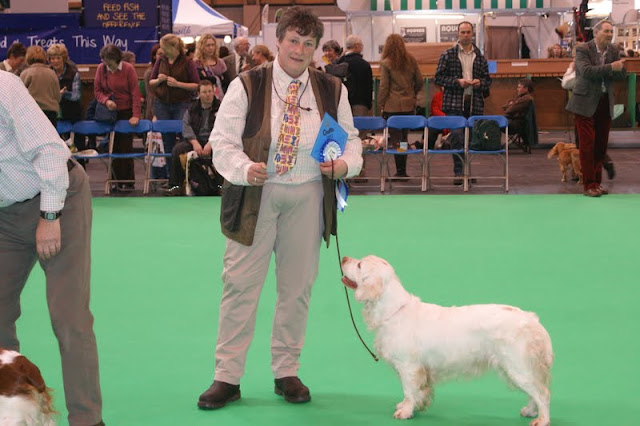 Cloud is a wonderful Clumber bitch that raises many a smile from me at her quirky mannerisms. Her sleepy ‘I don’t want to get up yet’ look when I open the kennel door, her clever mugging of pockets for any treats, her woo woos at people to get food off them, her ‘I need to get on the sofa to cuddle you so she can get in her favourite position to watch TV, her obvious excitement when she is going out for a day in the shooting field or just for a walk in the field out the back of home is infectious. 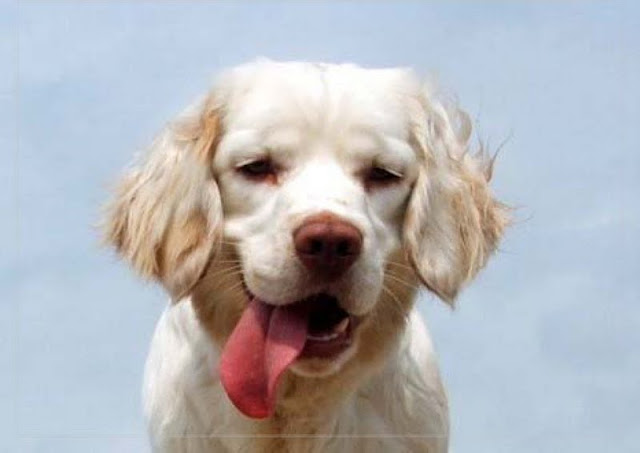 I feel honoured to be able to spend time with her whether it is in the shooting field, in the show ring or just simply at home  = 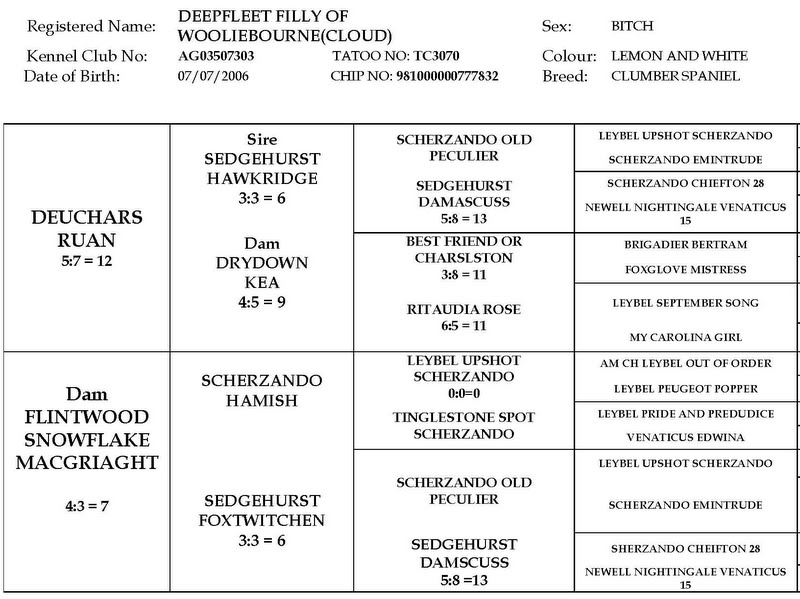