A bit of an eclectic selection this time – rather proves I have not filed or sorted many recent and not so recent acquisitions! 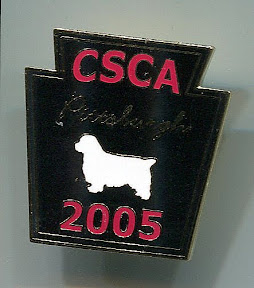 This promo pin from CSCA 2005 National, I actually bought at a fundraising online auction for Clumber Spaniel League Victoria, as part of a decent selection of pins donated by Tracey Garvey. 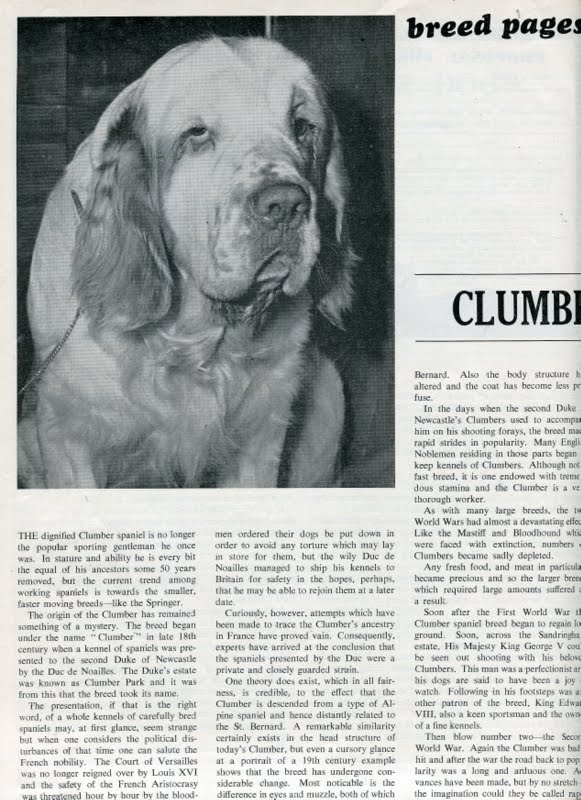 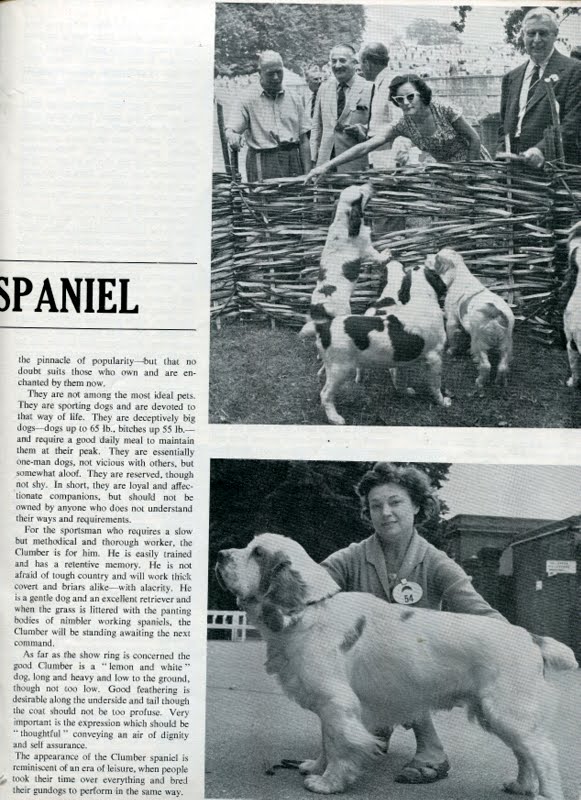 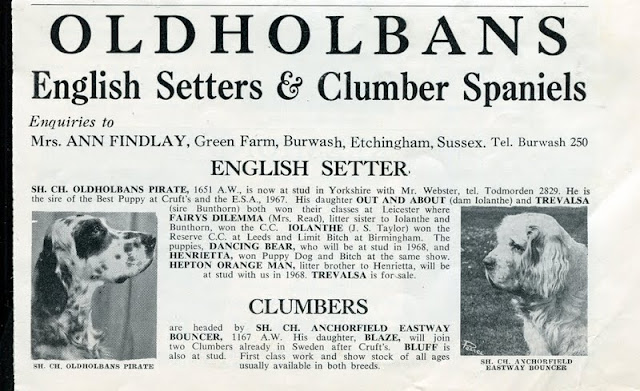 advertisement Our Dogs Christmas Number (UK) 1967 – not as popular with many breeds as the Dog World Annual, still Our Dogs have always provided an excellent alternative to a fabulous rival publication and it is great to see the two are still flourishing today. 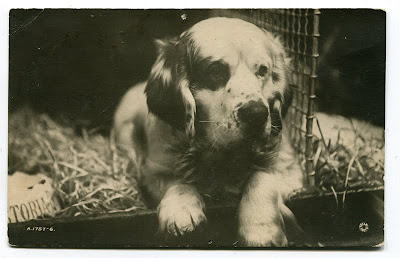 1920s postcard real photo, the postmark is 1920, Sweden – the picture is obviously of an older puppy at a show (on a show bench, the card was printed in England. 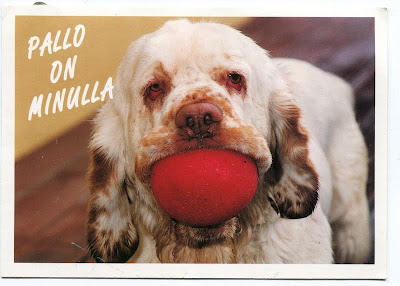 from Finland, there is a purchase date of 2006 noted on the back, the photo is by Sharon Eide, S&E photo, who is still in business, the card was published by Tilmari, Finland, the inscription refers to holding the ball. 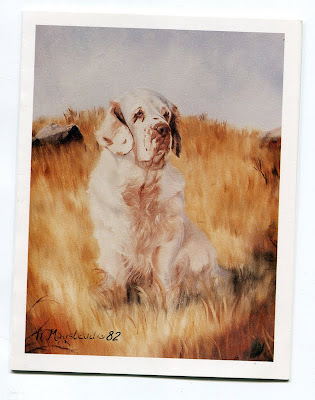 note card, published by the artist and dated 1982, featuring Ruth Maystead artwork (this one came to me with lots of notes from Bryant Freeman!)

Christmas/New Year photo greeting card, I had lots, they aren’t so popular now folk send email copies instead, this one 2005 from Daniel Mans features Ulysses of Blue Silver Shadow and the pup Taniwha Pahoia 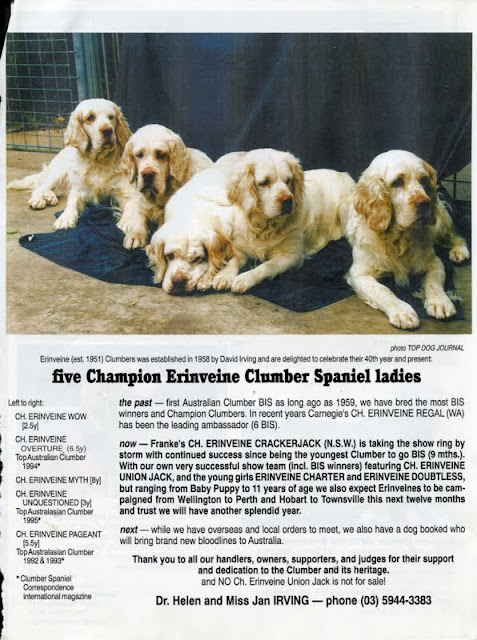 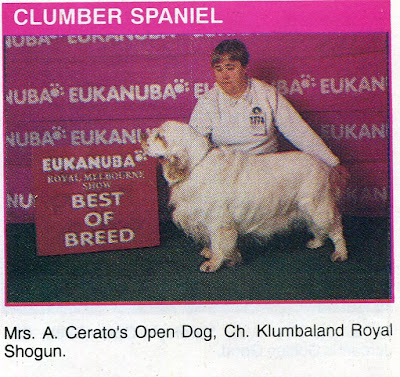 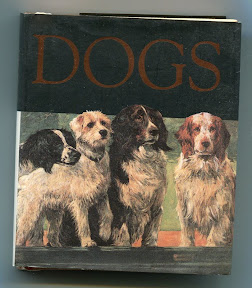 A Clumber on a book cover! The painting is by John Emms (late 1800s). The book is a miniature book published by Ariel Books, 1992 and released in 2001, featuring beautiful artwork and some lovely dog quotes. 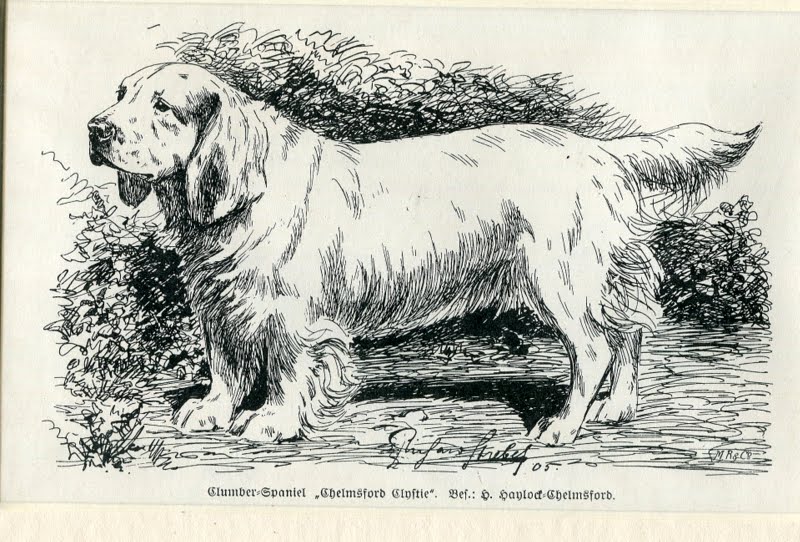 A German commissioned portrait of the English bitch Chelmsford Clytie, I bought this mounted, and haven’t opened the packaging so I am not sure if this was from a book or magazine. The engraver or artist seems to have dated it 1905. Clytie was born in 1886, and came from a very successful kennel, and her presence can still be found in extended modern pedigrees. Farrow was probably a bit hard on her, he wrote “she was a very Beautiful spaniel and the only fault – was that she had a leaning, in both type and outline, to the ordinary Field Spaniel” cited in The White Spaniel 2000.

The engraving could well have been based on the photography in de Bylandt’s Dogs of All Nations 1905.